What's on your mind?

So this has been shared on the official Facebook, can we see any clues? I’m clueless😂

Any thoughts? No one has mentioned this yet. I guess the obvious one is Greg but I’m not convinced, who do we think?

What I don't understand is how Toby was never a series regular/main character at any point in the series. Like he had 16/22 appearances in the first season, more than Maya, Alison, Ella, Pam, etc. How did Byron remain a main character throughout the first three seasons yet Toby was only recurring..?? Tell me one storyline about Byron in season 3..??? It makes no sense. And he had 19/24 in season 4. (whereas Caleb had like 10/24.) I get how characters like Paige or Mike or Jenna aren't main but TOBY? Even after his A-Team reveal. And yet Byron Montgomery was main for THREE SEASONS

I am very interested in this. I think they want us to think he is the guy who kidnapped her, maybe even her bio dad and that is possible. But I am thinking Rachel is his daughter and she and Mouse were best friends and kidnapped together. Or they met while kidnapped. Anyway, Mouse survived and Rachel did not. Steve now sees Mouse as his little girl because he lost Rachel. They only thing I don't get was why it would be "really bad" for them to be seen together. That brings me back to the kidnapper idea but why would Mouse want to see him? Unless he IS her bio dad and he kidnapped her and Rachel was her half-sister or something?

Could he be A? I guess anything is possible but we need to know more! Maybe he is one of those prolific sperm donors and Angela was also his kid? I think I'm joking but who knows.

So I already shared this in a comment thread of @NellyBell ‘s post but I wanted to post it here to hear more people’s theories on who A could be and why.

Let me know what you think in the comments below

I havent quite finished the series yet, or even season 5(but im getting there), but i have watched a lot of it, and these are my rankings and thoughts on each season so far.

5. Season 5, Like I said I'm not finished with it yet, but so far i've had the least enjoyment out of it, It's bad by any means, but it's starting to become very predictable, and i'm sure this is a hot take, but Alison being alive hasn't really changed much, I mean she has more screentime sure, but the fundaments of the show is still the same, and how have they not found A at this point? It's starting to be rediculous, oh yeah and Bethany Young.

4. Season 4, I really enjoyed the first half of it, it was still at it's season 3 peak and we're starting to figure out that Ali may not be dead at all, but when Ali comes back to life I feel like the show didnt know what to do with her, so she was kind of sidelined a little bit, and it's starting to become clear that the writers don't actually know who A is.

3. Season 2, It was hard for me to place this season, cause the first third was so bad I wanted to put it last, but the ending was so good that I wanted to put it first, but the middle was kind of MEH, so it's right in the middle of this list, I hated the first maybe 8 episodes cause it was SO BORING, like nothing happened, and nothing made sense either, but when they get framed for murder I feel like the season picked up, and then moving towards the end, it knew what it was again.

2. Season 1, A really fun enjoyable season, sure it was long, but at least it was never boring, and it kept my attention the whole time, I liked the twists and turns and it reminded of Riverdale Season 1, I thought it was good planned out story, so that what it was a nice season.

1. Season 3, but coming in first is season 3, I loved this season, right from the get-go it picked off where season 2 left, and put Mona in an insane asylum, and I thought it was a great idea, I also thought it was a good idea to try and paint it like Mona was the victim, and the new A was ruthless, she/he made it be known that they weren't messing around. I liked how it revealed that Mona was faking it, and was still A, then Toby was A, then Spencer was A, but then we find out they aren't A, but working against A, and we find out that redcoat may be Alison, I believe this is truly PLL at it's best.

I am thinking there are two As just like there are always two Ghostfaces in Scream movies (well, except for the third). This way it doesn't matter if a suspect is with someone when A appears (like Wes was with Tabby) or is known to be elsewhere (the sheriff in the car after Noa sees A in the window).

My suspects include the Sheriff (yes, I know that means he had a hand in killing his own daughter), the principal, Wes, and any of the moms.

What do you think? Who are your early suspects?

Have you been reading about this? It could be a problem! I tell myself they wouldn't roll out a new show like this only to yank it away but I'm scared they might.

This was on Reddit but don't know how valid it is.

So I want to say my opinion on pretty little liars the original sin, I'm disappointed because they immediately show A and what kind of hair she has, etc. we immediately know where the "warehouse" is, or if I should say it, it seems strange to me that one of the actresses is pregnant already in the first part, the school is such that they don't care much about her, it looks simply as if we were watching a horror movie and not like what we saw before that, maybe I'm the only one disappointed because I expected more, but for me the original and pretty little liars the perfectionists are better, so I'm disappointed and I expected something more from it.

Murder or suicide? I think A killed her

But as I discussed in my Movie thread, the scene is right out of IT

Who do we think actually died? Could this be a nod to the original books with Ali and Courtney? My gut tells me it was actually Kelly but it may be a few seasons before they decide!

Yaw fw the reboot or what?

This show sure likes its movie references. We had replicas of scenes from the original Halloween (Imogen in the classroom) and Carrie, plus references to Mean Girls, It, Scream, Texas Chainsaw Massacre and others. What did you pick up on?

What did you think of the episodes? Did you love them? Hate them? Spill all your thoughts below or create a new post to dive further down the rabbit hole.

Because of the nature of the series and its episode contents, a special hotline messaging system was set up for viewers to immediately contact a crisis hotline. Text 'Millwood' to 741741 for help.

I have watched the new ppl original sin and I’m loving it but I never finished the original ppl because it got to long and boring I loved the first few seasons but after like season 3 I lost interest. Is it just me who feels this was?

Evening, LiArs! With PLL: Original Sin airing in less than a week, the Admin team has taken into account the nature of the series and how it differs from the previous shows we've covered. As such, we've decided to implement a new spoiler policy! The policy, which is linked below, details how the precautions we are taking to avoid spoilers and maximize editing potential. In the policy is information about our new preemptive locking, user conduct, and behind-the-scenes information.

If you have any questions, we encourage you to ask them below or contact one of us directly. 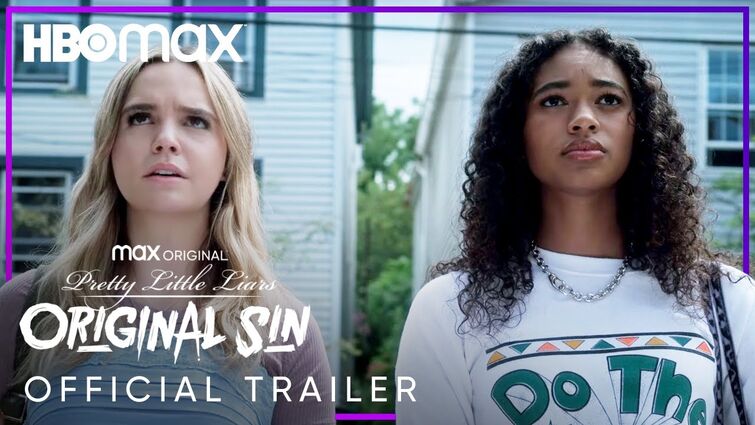