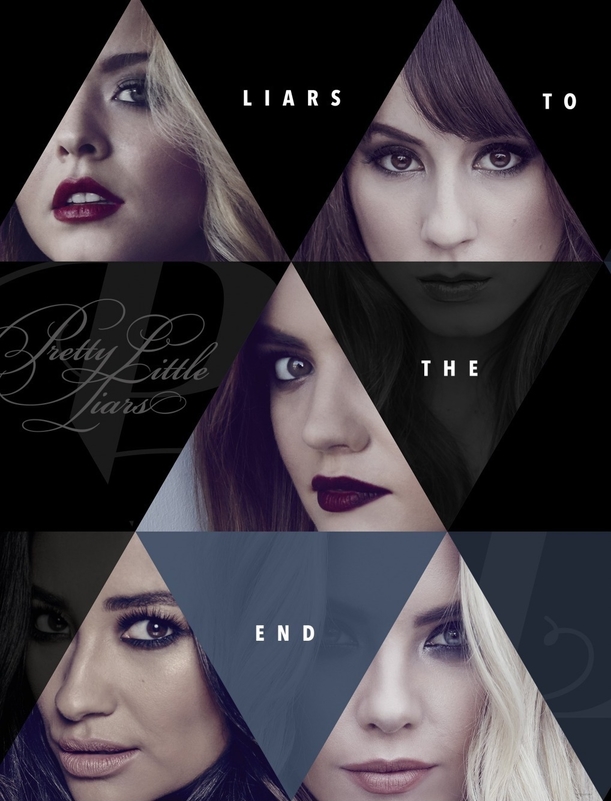 With everything we know about A, I could only come to one conclusion: Jenna is Big A. My arguments for this theory:

2.         During “that night” (the night “Alison’s” body was stolen), Jenna was seen wearing a       red coat and black gloves. I don’t think this was a coincidence. I think nobody pays      attention to this since Jenna gave an “explanation” of this to the Liars.

I know however, that there are arguments against this theory:

2.         Jenna and A were both at Wilden’s funeral. BUT: Is it a coincidence that A chose to          sit right behind Jenna at the funeral? I think this A might have been a decoy.          Remember: she gets into a town car and drives away after the funeral; Holbrook       corners the Liars and says they just want to find out “the truth”. Immediately after    that, A tells the Liars that “the truth will not set them free”. How did A make that            connection when she already drove away... unless she was still there? Also: Is it a     coincidence that after “Alison’s” funeral, Jenna also got into a town car like A did      after Wilden’s funeral?

5.         If Jenna is A, why isn’t she punishing the Liars for killing Shana (who she was said to         be in love with)? While holding the Liars at gun point, Shana said that Jenna did not             know she was there. When A returned later, Aria’s biggest fear was that A knew that          she killed Shana. But A has not mentioned it yet: because A does not know. The     closest A came to mention it was after a drunk Hanna mentioned New York to      Sydney and even then A did not put the pieces together, which also means that            either Sydney is A or A heard about the New York secret from Sydney. And who is     close with Sydney? Jenna!

I would love to hear your thoughts on this crazy theory. It's the only thing that makes sense to me...

(edited by Pllsa27)
0
do you guys think the liars could have possible killed someone A had a connection to? that's one thing im sure could drive people crazy
(edited by Chinaemerem)
0

"'A' is cutting Alison's eyes out of the photos. Why would A do that?"

maybe to wear her face as a mask? Someone that wants to be Alison?

Remember the first episode of season 1. Or whenever, i forget. It was for halloween 2008. Anyways, when Jenna met Alison, the girls kinda squared off about "which bitch" would be "The Rosewood Bitch". And when neither girl gave in to the other with the gaga costume, Jenna saw that to get her way, she would need to make Alison disappear aka stealing her persona aka stealing her role aka the alison mask!

As for the pilot (i think it was) when, I think it was Emily who asked Toby about his family when he first moved in, Toby made a comment about Jenna saying something like "she's the kind of person who always gets what she wants". So Jenna being involved is highly possible in my eyes

i think shes on the proactive side...??? the good side? lol I think along with Melissa and MAYBE the NAT Club, (probably Wilden and Garrett) they are protecting the liars from whoever A is. But the liars don't know this. This actually makes perfect sense when you factor in that Aria is not really Aria. Lilux has that theory on her blog page. SHOUTOUT TO LILUX!! and if you pool all the little bits of candid sayings from Jenna and Melissa over the 5 seasons, you can kinda see that they are not actually against the liars but trying to help them in some way. (keeping that a secret too since obviously the best kept secrets are the ones you never tell) some part of me thinks that Paige WAS helping them by protecting Emily but idk.

I also believe Jenna is faking being blind. Its a good protection.

Finally, idk whats going on with Toby but he's starting to look  really shady again and I'm starting to consider that he never really got out of the A game after Spencer found out he was in the A team.

Chinaemerem wrote: do you guys think the liars could have possible killed someone A had a connection to? that's one thing im sure could drive people crazy

Possibly someone like Bethany or Sara Harvey? It's possible.

(edited by YoursTruly A)
0
I mean im not saying this will definitely bee the reason but im leaning more towards because these girls have been harassed for years. Do they even know what they did? Its frustrating because they aren't thinking about the things us viewers think they should be thinking about sometimes
(edited by Chinaemerem)
0
Well considering they had been drugged by Ali and don't remember much...they had to have done something.
(edited by YoursTruly A)
0

Something off in regards to the Jenna/Toby house being burnt down. Like nothing has ever happened with a follow-up. We dont even see or hear what Jenna thinks about her house burning down, after that episode.

But rewatching season 5, I payed attention to the two episodes she was in. It seems Sydney is probaly telling the truth in regards to  Jenna wanting her for support, when she came back. Plus it seems Jenna actually likes Emily, she warned her about Nate, then Sydney started a friendship with her. Plus I notice Jenna seems to like Aria and Emily the most. We have had Sydney ask Hannah about Jenna, and if she would finally make up with her.

I'm starting to think Jenna isn't A, but she knows so much than she lets on. I really hope Jenna and the liars do make up, over Mona or Alison. I just dont understand why this feud has go on for 6 seasons, Alison and Jenna have a feud. I feel sorry for Jenna, I feel she just wants to make up with them, but is scared.

That's why Jenna was one of the masked girls in the Christmas episode. Couldn't say no to Ali again. I have a feeling Jenna might know who A is, but knowing what might happen to her, she won't say anything.

(edited by YoursTruly A)
0
YoursTruly A wrote:
That's why Jenna was one of the masked girls in the Christmas episode. Couldn't say no to Ali again. I have a feeling Jenna might know who A is, but knowing what might happen to her, she won't say anything.

I rewatched that episode today, and yes your right she couldn't say no this time, but being her friend means she can get closer to her. Jenna knows alot, and I hope season 6 we finally see more of her than the past 2 seasons have.

But I can see why shes being quiet, and not getting invovled in anything lately, out of fear she may be a target.

(edited by Buffyfan123)
0
Exactly. She's a smart girl. She'll find out everything in secret.
(edited by YoursTruly A)

What do you think?