Til Death Do Us Part is the twentieth episode of Season 7 of Pretty Little Liars and the 160th episode of the show overall. This episode serves as the series finale and it aired on June 27th, 2017.

Outside the Apple Rose Grille, all five girls sit at a small table. Hanna tells the girls she saw Bridget Wu at Rive Gauche the other day. Alison asks if she was drinking out of her purse and Hanna smirks saying the purse was a Vanderwaal. Hanna states that she always knew Mona would make it. Suddenly, Lucas appears tap dancing around in a white suit. He greets the girls and they barely make an effort to respond, seemingly okay with the fact that Lucas is tap dancing. Spencer complains about the heat and the girls start to discuss "A" as Jenna appears, riding a horse. Snow starts to fall and the camera zooms out, showing it was in a snowglobe.

Mona stares into the globe until a black hooded figure appears. The globe shatters on the ground and Mona states she never would have guessed that Wren was "A.D" Wren approaches Mona and her smiles drops as she asks Wren if they are their to kill her.

One year later, Aria and Ezra walk on the set of a movie company, gazing at everything. Aria states that this moment feels like a Robert Redford, Barbara Streisand, 'the way we were.' Ezra laughs and says he thought they broke up in that movie and Aria tells him she had a different ending in her mind. Ezra tells Aria that this is the best week ever because their book might be becoming a movie and that they are going to get married. Ezra and Aria laugh over Aria's 'ugly cry' and they kiss, fans taking photos in the background.

Emily waves a spoon in front of a baby's mouth, asking her if she wants some. Emily turns to another baby beside her and asks if she wants peas or not. Alison watches from the doorway and Emily states she thinks the girls first word will be 'no.' Alison tells Emily she has a meeting with Jenn Gerstenblatt and she passes the girls -Lily and Grace- to Emily. Emily and Alison kiss before Emily walks away with the babies.

Alison meets Pam at the lobby of the Radley, greeting her with a hug. Pam makes sure that Emily doesn't know she is here and Alison tells Pam she hates lying to her. Pam sighs and tells Alison that she is giving her peace of mind that Emily is going to be taken care of. Alison nods and says she will always be there for Emily.

Melissa tells Spencer she is thinking of staying in town for a while and Spencer smiles saying she is glad and that they are just starting to get to know each other again. Melissa asks Spencer if she would let her have the barn back and Spencer shakes her head. Melissa playfully slaps Spencer in the arm and walks off with a bucket. Spencer turns around to see someone looking at her truck which was previously Tobys. Spencer asks who it is and Toby turns around, grinning. Spencer embraces Toby and asks him what he is doing here.

Ali has a small confrontation with Addison in her classroom. She and Emily suspect that Addison is bullying one of her classmates. While Addison does not appear to be intimidated by her teachers, Jenna Marshal (now the Life Skills teacher) manages to get the better of her. Meanwhile, Mona has been released, and Hannah has agreed to be her sponsor-something Caleb dislikes immensely. Spencer and Ali have redecorated their new motel, and throw a going-away party for Aria and Ezra. After the party, all of the couples share intimate moments in their rooms, with a figure in a black hoodie looking on. Aria gets a surprise phone call.

Aria discloses that she cannot have children. Spencer visits Mary in Jail. Mona is revealed to be actively proving herself to A.D. During Aria's rehearsal dinner, Ella and Ezra's mother get into an argument. Ali proposes to Emily later that night. 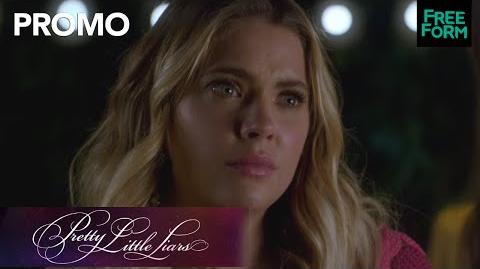 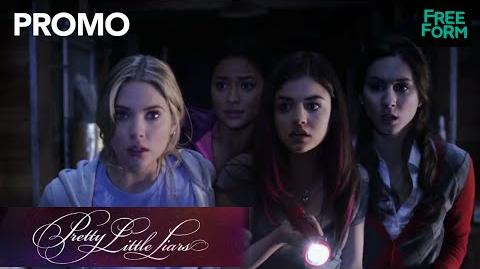 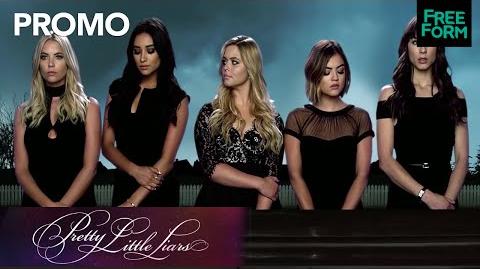 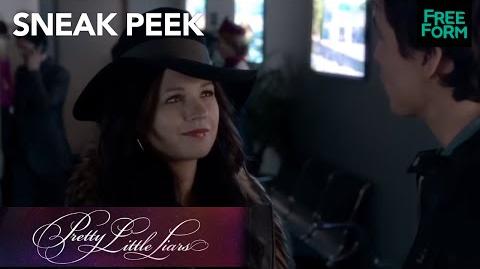 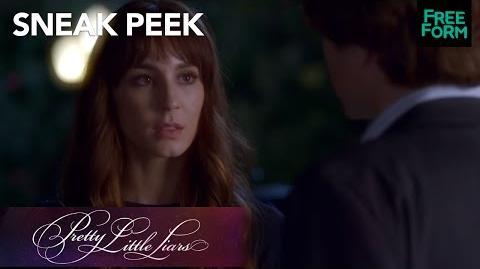 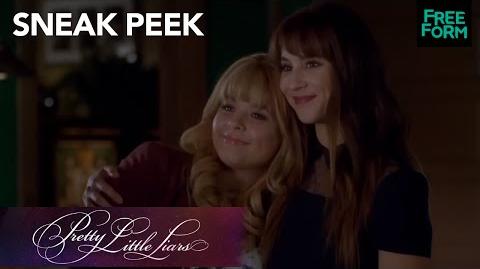 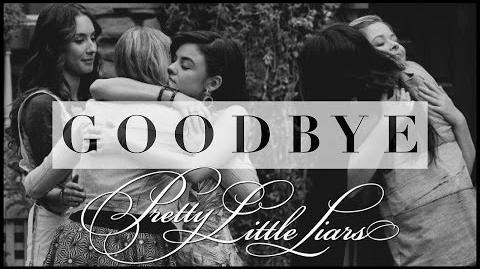