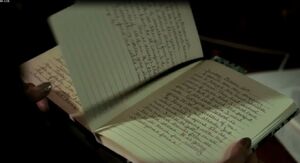 Alison's Diary was a journal that Alison DiLaurentis kept and religiously updated until she disappeared. The journal kept each of the girls' secrets in it. Only a handful of people knew about the existence of the diary.

UnmAsked After Alison's disappearance, Mona, who was Original A at the time, somehow had this diary in her possession in her "lair". This is most likely where Mona found out about all the girls' secrets. When Spencer and Mona arrive at Room 2 in Lost Woods Resort, Spencer finds this book and flips through it. A spearmint gum wrapper marking a page that tips Spencer off that Mona is "A".

In "The First Secret", Alison is seen writing in her diary in her bedroom when Jason walks in to give her a package. It is assumed she wrote the entry for "October 29", due to the events that occur during the episode. For instance, she wrote about meeting Jenna in the costume shop. In "Will The Circle Be Unbroken?", it is revealed through a flashback of Spencer's that Alison may have had more than one diary she kept. Mona had most of Ali's diaries pages on her iPad as shown to Spencer. In "Now You See Me, Now You Don't", Hanna finds yet another diary of Ali's in Ezra's lair. This diary is full of stories about the girls and other people but is coded. Hanna, Aria, Emily, and Spencer figure it out and try to save Alison.

Secrets make the world go round. EVERYONE has something to hide. From parents to creepy janitors to high school students.
If secrets had a pentagon, Rosewood High would be it. I would be the acting director because I know it all.

In truth, this is not so much a diary as it is a record keeper.
I need to keep track of everyone's dirty little secrets. Secrets I can use to help my day be a little bit more fun and also use everyone's dirt against them in order to get me out of this boring little town.

P.S. Diary, I think it's loony to refer to a leather-bound group of paper as if it is a person. so no more of that "Dear" nonsense.

I just found out that there is going to be a Halloween party at Noel's this year. Maybe I should start thinking ahead of something fun to do with all the girls. I, of course, have to be careful of Spencer. She is always the smartest of all of us. If I think of something really good, she can't find out what I am up to. I also need to meet [...] outside to get the fake IDs.

I spent the day shopping and I bought the most adorable new dress! They had several pairs of shoes that I could have bought but I found the perfect pair at the last store I went into. Everyone at school is going to be so jealous of me - If they are not already. Just wait until I spend the day next week shopping with my mom - I will be getting in all the newest trends from all the best stores. It is going to be so much fun rubbing it in everyone's faces!

There's a new girl in town. I ran into her at the costume shop Jenna. She was looking for a wig, attempting to be Gaga. Not on my watch. She interests me. Good or Bad? She already knew who I was, which isn't surprising. Somehow she scored an invite to Noel Kahn's party. I'll have to keep an eye on her. My plans to get hefty Hanna to shave her head failed miserably. Spencer stepped in to defend Hanna. Not smart. Spencer [...] that's why I picked her. On the bright side, I [...] lost a few pounds [...] trying to [...]

Emily and Ben slept together [...]

club. One down, three to go.

Someone left a voodoo doll on the front porch. Let's say some coward, not someone [...] Creepy as hell, I'll admit it. Wonder if it's the same person who texted me they were watching me the other [...] who [...] deal

He looked like a little, lost bunny. Or maybe like one that's been backed into a corner. I asked for a second payment. Same amount. Not bad, right? I think he's getting off easy. Divorce, alimony, child support — all that would cost way more than just paying me a little sumpin', sumpin'. And this way, he gets to keep his wife and family! It's a win-win if you ask me.

Untitled Page (Written by A)

Keep moving ladies.
Nothing to see here.
-A 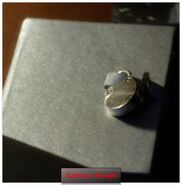 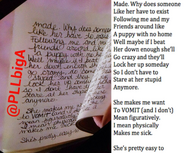 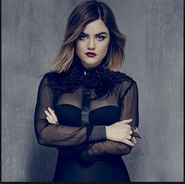 Retrieved from "https://prettylittleliars.fandom.com/wiki/Alison%27s_Diary?oldid=1015592"
Community content is available under CC-BY-SA unless otherwise noted.