Bailee Madison was born on October 15, 1999, in Fort Lauderdale, Florida to Patricia Riley and Michael Riley. She has a large family, having six siblings, with her older sister also being an actress. Bailee attended a Christian church school for most early grades in school.

She has been acting since her first gig as an infant in an Office Depot commercial. Bailee went on to work in large blockbuster films and starred opposite several Hollywood A-listers and quickly became a well-known child actor. She is best known for her role in, Once Upon A Time, when she portrayed a young Snow White, and The Fosters as Sophia Quinn. In 2015, she was cast opposite Catherine Bell in the hit Hallmark Channel original series Good Witch as Grace Russell. She maintained this role for five seasons, until her exit in the Season 5 finale.

Not only passionate about acting, but Bailee is also deeply invested in spreading knowledge through a charity organization, Alex's Lemonade Stand, that raises awareness and money towards pediatric cancer. Off-screen, she enjoys cooking, swimming, biking, arts and crafts, and most of all, spending time with family, friends, with her pet Goldendoodle, Maddie, and her boyfriend. Bailee was in a very public relationship with social media influencer, Alex Lange for two-years. The couple ended their relationship in either late 2018 or early 2019.

In 2018, Bailee published her first-ever novel, "Losing Brave". that she co-wrote with Stefanie Miller. 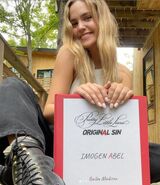 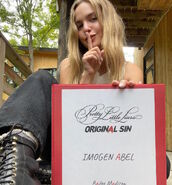