PLLdrugged wrote:
Sorry  but if A is simply Jason?

I agree, this is also possible. And I think this behind-the-scenes picture of The Great Charlemagne wants to point us in this direction ( 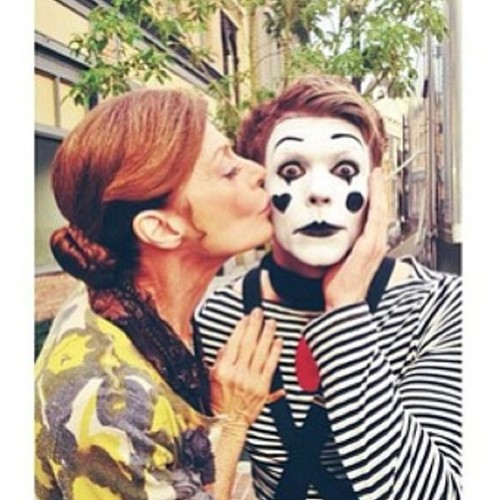 ). I'm not so sure about this picture, though, as Charlemagne seems a lot older in the episode "Now you see me, now you don't" - if you trust IMDb, he was played by the actor Brian Dare then (http://www.imdb.com/name/nm2924024/?ref_=ttfc_fc_cl_t19). The picture does not necessarily show the same man. I find it fishy that they show us this picture of Charlemagne's hair while disguising Charles as much as they did in the last season finale. My red herring alarm goes off.

Besides, I have mainly two problems with the Jason = A theory:

1) According to our current state of knowledge, Charles = A. If Jason is A, he would have to be Charles too. This is only plausible if he has a split personality or created an alias for himself at some point in his life. But wouldn't you choose something more distracting then instead of Dilaurentis when this is your actual family name?

2) If Jason is A - what could his motive be for stealing the A game and torturing the liars, their families and Rosewood in general? I think A's motive comes from a "triangle" - a constellation of people where he (or she, we don't know for sure yet) was the odd one out. At least this seems to be what the doll house with the dummy family and the short movie hints at. He/she was forced out of the happy family picture at some point; maybe they admitted him/her to Radley (killing and locking someone up in a mental institution seem to be the most common ways to get rid of someone in Rosewood).

This is why I think it can't be Jason. The reasons don't apply to Jason's twin, though, if he really exists (which is not my opinion, see posting above).