watch 01:10
Who is Charles DiLaurentis?
Do you like this video?
Play Sound

Welcome to the Dollhouse

Charles DiLaurentis (born: Charles Drake) was the name given to the Charlotte DiLaurentis at her birth. At the time, Charles was the first-born child of Mary Drake and Ted Wilson. He is also the adoptive child of Jessica and Kenneth DiLaurentis, the maternal cousin of Alison and Jason, as well as, their adoptive sibling.

In "Game Over, Charles", it was revealed Charles was a transgender woman who had transitioned into Charlotte DiLaurentis. She had been wrongly blamed for the death of Marion Cavanaugh by Bethany Young.

While in college, Mary Drake had a relationship with Ted Wilson, which resulted in her unexpected pregnancy. She was committed to Radley Sanitaruim before she could tell Ted of the child's existence. Months later, she gave birth to Charles and directly after their birth, Jessica, Mary's twin sister, and Jessica's husband Kenneth adopted Charlie as their own child. The parents told Jason and Alison that Charles was their sibling and never told anyone about Mary.

As a child, Charles worried about Jessica and Kenneth, because Charles suffered from many behavioral episodes that were originally assumed to have been violent and/or psychopathic. It was later revealed that these "episodes" were the early formation of Charles' realizing their identity as a transgender girl, something Kenneth was uncomfortable with. Kenneth had twisted narratives to make Charles experimenting with traditionally feminine products or wardrobe to be acts of psychopathy.

One day, Charles tried to comfort a crying Ali by giving her a bath, but the young Charles mistakenly placed her in a bathtub full of scalding hot water, which was too full for the child causing her to drown. Kenneth misinterpreted this as Charles attempting to drown her and decided it was time for Charles to be admitted to a mental institution. They ultimately decided to place the child into Radley Sanitarium, the same mental institution in which Mary Drake was staying in.

Charles befriended a young girl of a similar age, named Bethany Young, who supported Charles' dream of escaping Radley and transitioning into a girl. The pair would often play on the rooftop of Radley and dream about escaping the institution. It was on the roof that Marion Cavanaugh, a fellow patient at Radley, discovered Bethany on the roof. To protect Charles and herself, Bethany pushed Marion off the roof and then framed Charles for the murder. Jessica bought off a young Darren Wilden to say that Marion committed suicide.

Charles was often visited by Jessica and occasionally by his Aunt Carol. Unlike her husband, Jessica embraced Charles' desire to physically transition into a female and helped him achieve this. When he was sixteen, Charles was taken out of Radley for a symbolic burial for "Charles DiLaurentis", and was then readmitted to Radley Sanitarium as Charlotte DiLaurentis. Jessica then crafted a story about Charles overdosing in Radley, donating his organs, and then being cremated and buried in Carol's backyard. She did this out of shame for admitting her daughter was transgender and out of fear of her husband's retaliation.

While Charlotte was in Radley, Jason was told that the brother he had was merely an imaginary friend named "Charlie". When Jason asked his father where Charlie was, his father told him that Charlie had to "go away for a while". It was later revealed that "Charlie" was actually Charles, Jason, and Alison's believed, deceased sibling. Both Alison and Jason resented their father for lying to them about Charlie's existence.

Welcome to the Dollhouse Spencer sees a video with Charles and his family, minus Kenneth DiLaurentis in A's vault in the dollhouse.

Game On, Charles The video in the vault plays again with all the Liars watching it. At the end, it shows Charles, Jessica, Jason, and baby Alison. O Brother, Where Art Thou Jason and Alison receive a video from Big A of their younger selves celebrating a birthday for Charles whom they thought was a random cousin named Freddie. The boy asks Jessica when he has to go back, and she tells him not for a long while and to just have fun. Game Over, Charles It's revealed that Charles DiLaurentis is, in fact, Charlotte DiLaurentis, alias CeCe Drake, and he transitioned at the age of 16. When he was little, Charles tried to stop Alison from crying as he thought a way of helping her would be a bath. The event almost led baby Alison to drown, a fact that infuriated his adoptive father. They decided Charles is a danger for their children, so they sent him to Radley Sanitarium. Jessica visited him as often as she could, but Kenneth had never visited him. There, he befriended Bethany Young. When Charles was 12, Bethany pushed Marion Cavanaugh from the Radley's roof and blamed Charles for it. Jessica had to pay Wilden in order that the death will be ruled as a suicide.

Spencer finds out Charles is a DiLaurentis 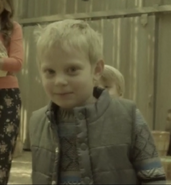 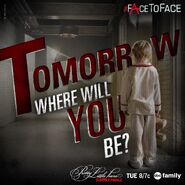 Charles as a teenager

Charles going into bathroom
Add a photo to this gallery

Retrieved from "https://prettylittleliars.fandom.com/wiki/Charles_DiLaurentis?oldid=1024305"
Community content is available under CC-BY-SA unless otherwise noted.