The Hastings family is a prominent family line throughout the Freeform series, Pretty Little Liars.

The Hastings family is heavily connected to both the DiLaurentis and Drake families. The Hastings' were once a well-respected, wealthy, and prominent family in Rosewood until their secrets and lies became public. 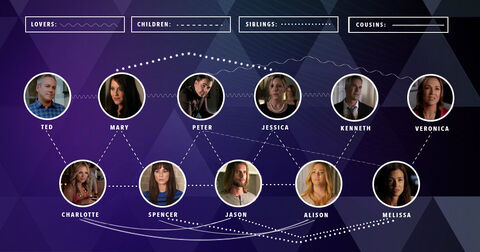 Retrieved from "https://prettylittleliars.fandom.com/wiki/Hastings_Family?oldid=1015589"
Community content is available under CC-BY-SA unless otherwise noted.