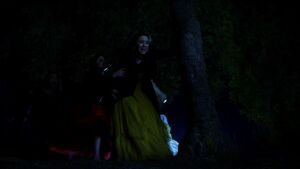 Lookout Point is a place seen on Pretty Little Liars, which is located in Rosewood. This is where the physical confrontation between Mona Vanderwaal and Spencer Hastings occurred after Spencer refused to join the A-Team. Mona tried to kill Spencer, but it resulted in Mona falling down the cliff at the point. Mona survives and is taken to the police station, where she is diagnosed with a personality disorder by Anne Sullivan before being transported to Radley Sanitarium.

Retrieved from "https://prettylittleliars.fandom.com/wiki/Lookout_Point?oldid=648688"
Community content is available under CC-BY-SA unless otherwise noted.