Marissa was a sorority girl who appeared in Gamma Zeta Die. She is portrayed by Cherie Daly.

Marissa is only seen three times. She appears when Spencer and Emily are greeted at the sorority house by its sisters.

The second time is when she is talking to Emily. She informs her about Mrs. Grunwald, the former house mother.

The third time is when she tells Spencer where Emily went. 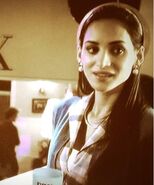 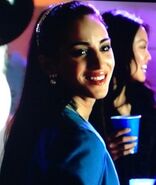