Nona is the name of the romantic and later antagonistic relationship between Mona Vanderwaal and Noel Kahn.

To Kill a Mocking Girl

Mona walks up to Hanna outside of Rosewood High, as Hanna is talking with Sean and Noel. Noel starts talking to Mona about his party, and that he wants to see her there. She smiles at him, and they talk for a few moments before walking away. Mona is later seen at Noel's party, interacting with guests, although she doesn't share any scenes with Noel.

Noel and Mona were both present at Hanna Marin's Welcome Home party. They also exchanged a brief look when Mona was talking with another attendee at the party. However, since Mona threw the party for Hanna, it can be presumed that she invited Noel.

That night, Mona meets Noel at the Apple Rose Grille for a date, although by the time he arrives Mona had just had a fight with Hanna which made her visibly upset. When Noel arrives, he kisses her and then notices that she's upset and asks if she's okay. She tearfully responds that she isn't, and he looks at her a little worried.

Mona hires Noel to be the DJ for the fashion show, and at the fashion show, they exchanged glances when Mona said, "I got us a DJ.". Mona later refers to Noel when she said, "Oh, and it's okay if I play favorites, right?". Noel is then seen clapping for Mona when she walks down the runway.

A Hot Piece of A

Noel and Mona talked in the hallway by the lockers, and Mona asked, "Is our invitation coming by snail mail," meaning that she and Noel only need one invitation, since they are going together. Noel responded by saying that she could send it to his address or hers, and then exchanged a smile and walked out arm in arm. At the lake house, Noel had his arm around Mona's waist, and when the pizza arrives Mona knows that Noel is allergic to green peppers.

Before leaving to make the banners, Noel kissed the top of Mona's head which made her smile at him. At the lake later, Noel and Mona were seen dripping wet, and stated that they were taking a dip. They were also holding hands, with their fingers intertwined.

Let the Water Hold Me Down

At Caleb's party, Mona confesses to Hanna that she is afraid that she is losing Noel. She mentions that she even had to go skinny-dipping with him at the lake house in A Hot Piece of A just to get his attention away from his phone. Later in the episode, Mona goes therapy-shopping to help her get through her breakup with Noel.

The Blond Leading the Blind

Mona walks up to Noel at the High School, and publically gives him back the necklace that he bought her. He makes a rude comment about it and her, which makes her tear-up. She then ends up throwing it in the trash as she walks away. Later, Mona is visibly upset when she saw Noel and Jenna together at Rive Gauche.

Eye of the Beholder

Mona is still upset about her breakup with Noel, and is angry at Jenna for stealing Noel from her.

Blood Is The New Black

Hanna mentions Noel when she visits Mona in Radley Sanitarium, when Hanna is updating Mona on what she's missed and what is going on. Later, Hanna asks Mona if she heard from Noel or if he has come to visit her, but Mona says that he hasn't.

When Hanna asks Mona who she bought the blue-strapless for, Mona replied that she hasn't dated anyone anyone since she broke-up with Noel.

The Wrath of Kahn

Mona and the other Liars find a tape from the Dollhouse, and learn that Noel was in the Dollhouse the whole time. Mona was shocked to learn this, and couldn't believe that he knew she was down there the whole time and didn't say anything or try to help her. She also learns that he helped torture the girls, for example, when her covered Spencer in blood.

Later that night, Mona informs Hanna of the tape, and that they can give it to the police and Noel will go to prison for a long time. Hanna doesn't want this as she feels it's settling, and convinces Mona to help her deal with Noel and figure out her story. When Hanna leaves, Mona is alone with Noel for a few moments before she too leaves.

She goes to The Radley and threatens Jenna to leave town while she still can, and to take Noel with her. Jenna doesn't believe Mona, and the latter states that Noel will sing like a bird when he's arrested, and if Jenna wants the Liars to tell the police that she wasn't involved, she should leave town and never come back.

When everyone returns, Noel is gone, having escaped while Mona was threatening his partner-in-crime, Jenna. 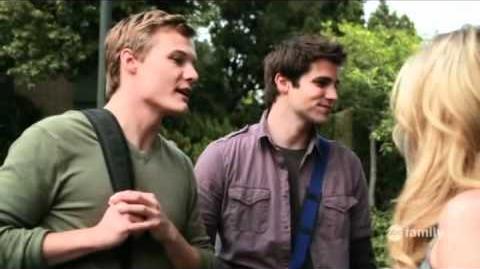 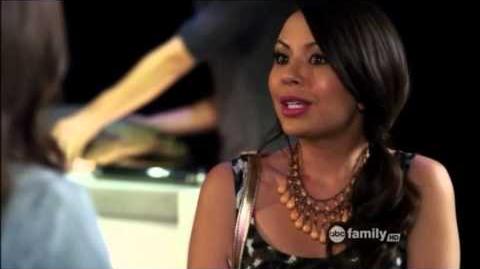 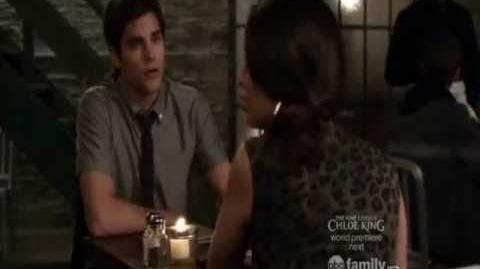 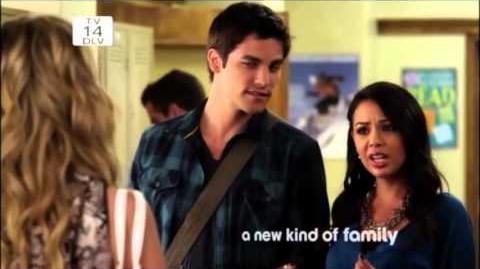 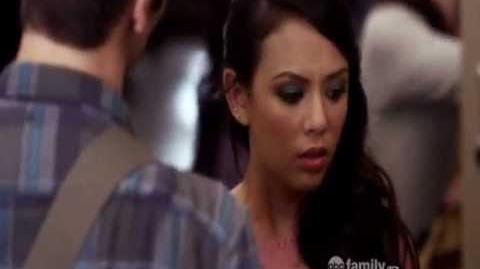