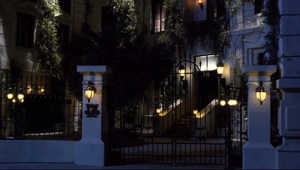 Radley Sanitarium was a mental institution that treated both children and adults with mental illness. The Sanitarium and its employees were involved in several cover-ups, lies, and illegal treatments as well as illegal activity.

It was a key place and location during Season 3, Season 6, and appeared in flashbacks during Season 7. It has since been closed down and converted into a hotel called The Radley.

The Radley Sanitarium is located in the fictional Darkette County, Pennsylvania. It plays into the series when Mona Vanderwaal is in this facility, but we can guess it has something to do with the story Alison told Hanna about the girl who was sent to a mental institution after killing her twin sister. The first time in the series the name "Radley Sanitarium" is referenced in "The First Secret". The Liars are walking across a street when they think they see someone in the window of a haunted house. As they walk away, the door opens and the camera cuts to a taxi parked in front of the house with the words "Radley Sanitarium" on the side of it. Mona is sent to Radley Sanitarium after revealing that she is "A" in "UnmAsked". She is visited by someone in a red coat, similar to that of Vivian Darkbloom's: as we'll learn in Season 3, that someone was CeCe Drake. However, it has been stated by Marlene King that this was a hallucination, and the event did not actually occur.

in chronological order of admittance