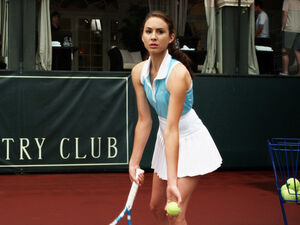 Rosewood Country Club also known as The Club is the place where Spencer's wealthy family goes to play tennis, use the sauna, and socialize with other wealthy friends and business acquaintances.

Retrieved from "https://prettylittleliars.fandom.com/wiki/Rosewood_Country_Club?oldid=1015606"
Community content is available under CC-BY-SA unless otherwise noted.