Ruthless is the tenth book in the Pretty Little Liars series by Sara Shepard. It was released on December 6th, 2011. It was published by HarperTeen.

Hanna is featured on the book cover. Under the dust jacket, the front of the hardcopy book reads "Guilty until proven innocent. -A".

For years scandal has rocked Rosewood, Pennsylvania--and high school seniors Aria, Emily, Hanna, and Spencer have always been at the center of the drama. They've lost friends, been targeted by a ruthless stalker named A, and narrowly escaped death. And it's not over yet.

Aria's love life is on the fritz. Emily's exploring her wild side. Hanna's kissing the enemy. And someone from Spencer's past--someone she never thought she'd see again--is back to haunt her.

But none of that compares to what happened last spring break. It's their darkest secret yet and guess who found out? Now A is determined to make them pay for their crime, and the only thing scarier than A is the fear that maybe, just maybe, they deserve what's coming to them.

It is revealed that last summer while Spencer was taking AP courses at Penn, she began taking speed pills called "Easy A" that Phineas was giving her as a way to help with her studies. After being arrested by the police for possession, she arranges for Hanna to help her frame her roommate, Kelsey, as a dealer, in order for Spencer to not face charges. After landing the role of Lady Macbeth in the school play, the stress and guilt begin to take their toll on Spencer, causing her to have frequent hallucinations in which she is haunted by Kelsey and Tabitha. She becomes paranoid and begins to believe Kelsey is "A" and is taking revenge on her for being framed.

Emily accidentally meets Kelsey at a party and is instantly smitten with her. She and Kelsey grow close, much to Spencer's disapproval. After Emily is hurt by Spencer's remarks about her love for Alison, she angrily tells Kelsey that Spencer framed her for the drug possession. Depressed, Kelsey overdoses and attempts to throw herself into the quarry where Mona died, but Emily saves her and Kelsey is sent to the Preserve for treatment. While visiting Kelsey, the girls realize that Tabitha was also a patient at the Preserve and was the same age as Alison and Courtney.

Hanna's father brings her on to help with the social media aspect of his campaigning. She meets a boy named Liam, who she falls for, despite knowing he is the son of her father's political opponent. They break up when she learns he has been seeing multiple other girls while dating her, and reconciles with Mike.

And after Aria is dumped by Noel, she seeks out comfort in Ezra, in hopes of rekindling their romance. However, things are strained between them, and Aria eventually goes back into a relationship with Noel, after discovering Ezra and Klaudia being intimate in a closet after Aria and Ezra got into a minor argument.

The Liars attempt to circumvent "A's" threats by coming clean about their secrets, with varied success. Meanwhile, "A" becomes more violent, shoving Emily down a hill at Stockbridge trail. "A" sends Spencer an email of Tabitha on the beach with a head injury, indicating that "A" was the one who disposed of Tabitha's body. "A "taunts the Liars, stating they will never discover "A's" true identity.

Prologue: You Get What You Deserve (All the girls) 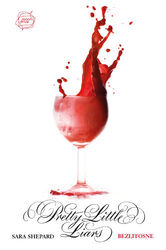 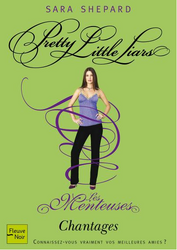 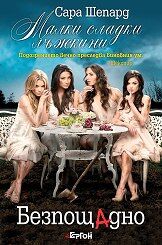 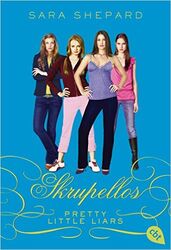 German Ruthless
Add a photo to this gallery

Retrieved from "https://prettylittleliars.fandom.com/wiki/Ruthless?oldid=999914"
Community content is available under CC-BY-SA unless otherwise noted.