Don't get ugly. Get even.

In Season 2, the four girls want to know what happened to Ian's body, who killed Alison, and who "A" is. After the shocking plot twist at the tail end of the Season 1 Finale, the Liars are suddenly some of the most suspicious people in town. Things become increasingly difficult when even their parents doubt them, and sign them up for therapy. Between the mystery of Ian's missing body and the hunt for "A," the second season of Pretty Little Liars is even more dramatic than than the first.

Spencer Hastings has lots on her shoulders. Not only does her family not believe her account on Ian, but they are now forbidding her to see Toby; with his family as well. Will she find a way to keep seeing Toby without her family knowing or will she give in to her parents’ demands? And with a person like “A” watching her every move, caution will definitely need to be had. "A" forces Spencer to break up with Toby only to end up being comforted by Wren after he brings her home leading to them kissing. In the Season 2 finale, Toby confronts Spencer and tells her that "Pretending not to love you was the hardest thing I've ever done". They make up which leads to them getting a well deserved kiss.

Emily's love life won't be the only thing with complications this season. After being informed by her mother that the Fields family will be moving to Texas, Emily is now faced with the dilemma of moving. But moving might not be her only option as she soon discovers there's something she can do to keep herself in Rosewood. But will she go to the extremes to stay? She has a chance to get a scholarships, and that will prevent her from moving, but her family needs proof. Emily had a hard time being "A"s new target and went under a lot of stress which leads her to make a deal with "A" in the winter premiere.

After suffering a broken heart from Caleb’s betrayal, Hanna will find herself confronted again with the man who caused it all. Will she be able to forgive him and reconnect, or is their relationship a thing of the past? Caleb finds his mother, leaving Hanna to go to Arizona, and they make up after Hanna demands that his foster mom kept sending him cheques. They are still happily in love. With the possibility of finding out about Mona’s deception, Hanna’s got a lot of complications to deal with before she can find peace of mind. Hanna and Caleb reunite, only to find him going to California to visit his mother. Hanna's daddy issues continue as she breaks up the wedding between him and Isabel, with Hanna revealing her father and mother had hooked up before the wedding. With the other three girls using Caleb to help discover A's identity, Hanna is worried. But can she tell Caleb to stop without revealing the real issue? Fortunately, Hanna saves Caleb just when the officers were about to find the school files "A" planted on his laptop. Their relationship is safe for now.

After learning Ezra's ex-fiancée Jackie Molina is working with him and Ezra hiding it from her, Aria now finds herself hurt and betrayed. Things are now bittersweet for her because if she stays with him, she can finally have a normal relationship that other couples have without hiding out in his apartment. However, she must also face the fact that his ex is now in the picture. Besides having to decide if the relationship is worth it, she also has to deal with her family having more secrets in the house and her brother Mike continuing to grow in his rebellious ways. Aria's relationship with Ezra will also be tempted by the arrival of a new love interest, Jason DiLaurentis. In the winter premiere, Ezra and Aria reveal their relationship to Byron and Ella, but their reaction isn't what they hoped for. Maybe Holden, a mysterious boy from Aria's past, can help? 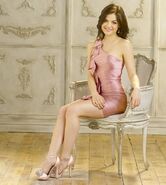 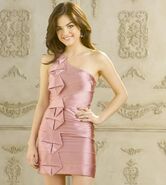 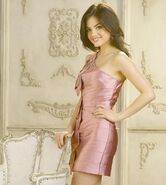 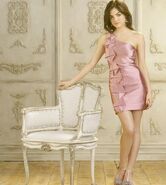 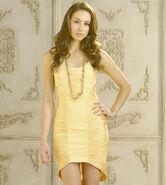 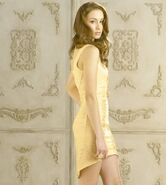 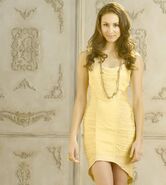 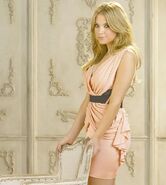 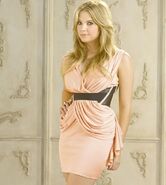 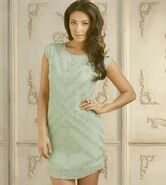 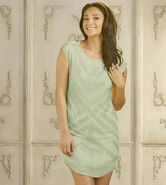 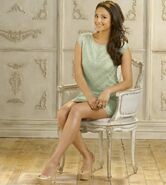