Gray with some black

That Girl is Poison

Ted Wilson is a character on Pretty Little Liars, first introduced in Season 3. He is the pastor at the Rosewood Church, and was formerly engaged to Ashley Marin. He is the biological father of Charlotte DiLaurentis, as revealed in Power Play.

He is portrayed by Edward Kerr.

That Girl is Poison When Hanna cuts school, Ashley punishes her by making her help with the church's clothing drive. Ashley meets Ted at the food table and they flirt. Later, he sees Hanna taking the jacket Emily's wore on "That Night" out of one of the donation boxes. He approaches Hanna and asks her if she's going to pay for the jacket. Ted has one date with Aria's mother, Ella, after they connect through a dating website on which Aria made her a profile. However, it went nowhere and he continued to pursue a relationship with Ashley from then on. Single Fright Female Ted stops by the Marin home and gives Ashley a thumb drive he found in the church long after Spencer tossed the drive to distract Ian Thomas in the Season 1 finale. He tells Ashley that the thumb drive has videos on it, some of which Hanna is in. He wanted to turn the thumb drive into the police and leaves it with Ashley so that she can review it before turning it into the authorities. Ashley destroys it, however, when she discovers that it contained an incriminating video of her sleeping with Darren Wilden to get Hanna's shoplifting charges dropped. He is seen later in the episode at a party that the church throws for everyone who volunteered for the clothing drive. He dances with Ashley until Darren Wilden interrupts and Ashley decided to go home, claiming she had a headache. This Is A Dark Ride Ted is seen inside the Marin home, dressed up as a doctor for Halloween and handing out candy alongside Ashley.  What Becomes of the Broken-Hearted Ted is mentioned again, although he is not seen, as he gives Jamie Doyle, Caleb's father, a job at the church doing construction and design work for the broken bell tower.  Will The Circle Be Unbroken? When Ashley is about to leave for a seminar in New York, Ted asks her if there is anything he can do to keep her in town. He asks her if there is any other reason, besides a potential promotion, for which she might want to leave Rosewood.

Into the Deep Ted returns and he overhears Hanna on the phone with her father, talking about Ashley's bail. She is close to tears when he approaches her and assures her that everything will be fine. After Ashley returns home when her bail is anonymously posted, he shows up at the Marin home with pie and Ashley invites him in. He stays for dessert with her and Hanna. Later, it is revealed he is the one who posted bail for Ashley. Now You See Me, Now You Don't After the charges against Ashley are dropped, she goes on a date with Ted.

Power Play While searching for Mary Drake, Hanna and Spencer go to a house where they find Ted. Hanna asks Ted if he knows where Mary is, but he tells them that he doesn't. After the girls leave, it is shown that Mary is actually hiding in his house. Ted then asks Mary why she is really here. Later, Hanna and Ted met up again, with the latter confessing that he lied and was hiding Mary. Ted explains that Mary went to him for help because they had a child together: Charlotte DiLaurentis. He shows Hanna a card that has Charlotte, who at that times was Charles, in a camp he ran for troubled kids. Ted also reveals that Lucas was Charles' old childhood friend. 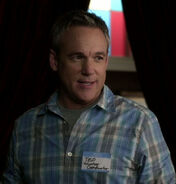 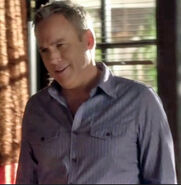 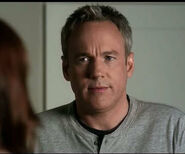 Retrieved from "https://prettylittleliars.fandom.com/wiki/Ted_Wilson?oldid=1024307"
Community content is available under CC-BY-SA unless otherwise noted.