The Great Charlemagne is a mime and magician who puts on a show in Ravenswood in Now You See Me, Now You Don't.

The Great Charlemagne's first and only appearance was in "Now You See Me, Now You Don't." He is a mime and magician who possibly lives in Ravenswood. He held a magic show in the Ravenswood Park and chose Aria to be his helper with a disappearing act. He successfully makes Aria disappear, which freaks Hanna out. Spencer assured Hanna that Aria would be safe. Sure enough, Aria is successfully brought back from the trick. At first, he handed Aria a fake flower which wilted, but gave her a real one right afterwards. 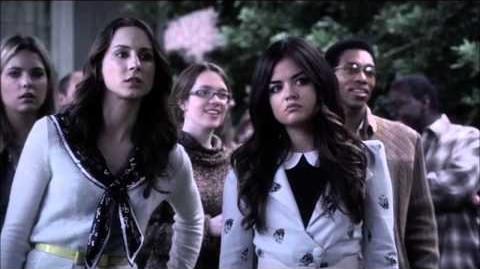