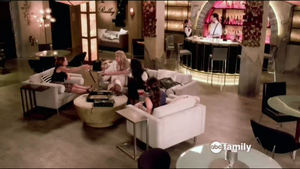 The Radley is an upscale hotel owned and managed by Ashley Marin. The Liars make frequent visits to the hotel, and it becomes their spot to hang out at after the five-year jump. The hotel was once known as Radley a hospital for the mentally ill.

Retrieved from "https://prettylittleliars.fandom.com/wiki/The_Radley_(TV_Series_Location)?oldid=1012793"
Community content is available under CC-BY-SA unless otherwise noted.