Twisted was the ninth book of the Pretty Little Liars by Sara Shepard. It was released on July 5, 2011. It is published by HarperTeen.

Spencer is featured on the book cover.  Under the dust jacket, the front of the hardback book reads "The best secrets are the most twisted. -A"

It's been a year since the torturous notes from A stopped and the mystery of Alison DiLaurentis's disappearance was finally put to rest. Now seniors in high school, Aria, Spencer, Hanna, and Emily are older, but they're not wiser. The pretty little liars have more secrets than ever - twisted secrets that could destroy the perfect lives they've worked so hard to rebuild.

Aria's jealous of her boyfriend's new exchange student. Spencer's getting a little too cozy with her soon-to-be stepbrother. Hanna's one scandalous photo away from ruining her dad's Senate campaign. And Emily will do anything to get a swim scholarship.

Worst of all: Last spring break in Jamaica, they did something unforgivable. The girls are desperate to forget that fateful night, but they should know better than anyone that secrets wash ashore... eventually.

The book begins with the girls vacationing in Jamaica and Emily seeing a girl who she strongly believes is Ali. Throughout the rest of the book, details about that fateful vacation emerge. It turns out they pushed the girl they believed was Ali (who had been claiming her name was Tabitha Clark) off a building.

In the meantime, Noel, Aria's boyfriend, has an exchange student, from Finland, comes to live with him. Instead of being the nerdy boy, Klaudius, that Noel expected, the exchange student turns out to be a gorgeous blonde, Klaudia, who tries to steal Noel from Aria. As Aria and Klaudia are on the ski lift Klaudia says "I'm going to fuck your boyfriend" Aria ends up accidentally pushing Klaudia off of a ski lift as an act of self-defense, however Klaudia uses that information against Aria. By that point, Aria and Noel's relationship is shaky and uncertain.

Also, Emily meets a new girl, Chloe, who moves into the Cavanaugh's old house. They immediately become good friends, bonding over Chloe's baby sister, Grace. Emily has now given up hope of getting a swim scholarship, her only option for college. Chloe's dad offers to help but also hits on Emily, even making sexual moves towards her. Chloe walks in on her dad kissing Emily, but thinks that it's Emily who is wrecking her family (her father had previously been cheating with another woman). Chloe is the only person besides her sister that knows her worst secret and uses it against her.

The girls start to get messages from a new "A", and believe it's Ali and that she somehow survived the fall from the building. Hanna's dad runs for senator of Pennsylvania. Patrick, somebody who's helping out at the set, offers Hanna a modeling job, Mike warns Hanna about trusting Patrick but doesn't listen, but he takes some naughty pictures and threatens her with them, saying he will release them to the public and ruin her dads' chances of becoming senator, unless she gives him $10,000. Hanna steals money from her dad and frames Jeremiah, a mean man who is also working on set.

Spencer's mom has begun to date Nicholas Pennythistle, the father of snobby Amelia and her brother Zach, in whom Spencer develops a romantic interest. When they go out dancing, she kisses him, only to find out Zach is gay. When the Hastings and Pennythistles travel to New York together, Spencer and Zach drunkenly fall asleep in the same bed. During the night, Spencer had kicked off her clothes because she was hot, leaving her in her blouse and underwear. The next morning Mr. Pennythistle wakes them both up by entering the room. Their indecent clothing and close proximity leads Mr. Pennythistle to believe that they had slept together and acts violent. Spencer tells him that Zach didn't touch her and that he's gay, hoping to help, but Mr. Pennythistle becomes furious and sends Zach to military school. Zach and Spencer's friendship ends, Zach leaving Spencer with the words "Rot in hell, bitch".

In the end of the book, the news turns on and a teenage girl's dead body was found floating in the water in Jamaica. They identify this girl as Tabitha Clark from New Jersey. The cops believe her death was a tragic accident - not a murder. The girls realize they killed an innocent girl.

Prologue: Some Friendships Never Die (All the girls) 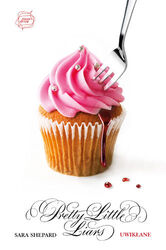 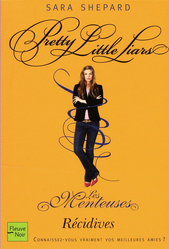 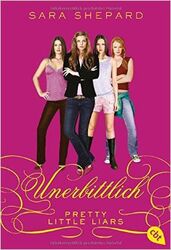 German Twisted
Add a photo to this gallery

Retrieved from "https://prettylittleliars.fandom.com/wiki/Twisted?oldid=999657"
Community content is available under CC-BY-SA unless otherwise noted.